We’ve all had our fair share of struggles, especially couples forced into LDR due to pandemic restrictions and closed borders. Fortunately, technology has made communication and connection much easier, especially for long-distance couples. Most of us have learned to cope through video chatting or playing long-distance relationship games with our partners.

While most online games can provide lots of fun and entertainment for both parties, card games are especially useful for LDR as they can be played anywhere from business trips to family gatherings. Here are some games you should look into.

Cards Against Humanity isn’t your traditional card game, but it’s become a famous icebreaker known for its intentionally outrageous and hilarious fill-in-the-blank mechanics.

You will first draw ten white cards and randomly select a black card with a question phrase on it, such as “I drink to forget…”. Both of you will select an answer as best you can from your deck. “Balding” and “Poor life choices” are two example answers from the deck that can work, depending on your sense of humor.

Then you can pick a winner for the round and even track points to give the loser a fun punishment.

Surprisingly enough, poker— though usually played in groups of 6 to 8— can also work for two players! This variation is called heads-up and doesn’t differ much from the regular poker rules. In heads-up, however, the dealer is the small blind, and the other player posts the big blind. At the start of the game, the person who draws the higher card from the deck gets to deal first or ‘gets the button.’ Both you and your partner take turns being the dealer.

It’s better to play heads-up cash games over tournaments, and there are a couple of reasons why. First, the blinds do not rise, so you can play indefinitely without adjusting. Second, poker chips are unnecessary, unlike tournaments that use chips to ‘color up.’

Spades seem to be one of those classic games to play that keep reinventing themselves and never go out of style. Your grandparents and parents probably played it, and now you are looking for an online version of this amusing pastime to share the fun with your long-distance relationship partner.

There are a number of online gaming platforms, such as CardzMania or Pogo, where you can sign up and play against each other or as a team against another pair. The point of each hand is to win at least as many tricks as you bid, all while enjoying some healthy competition or reinforcing your relationship through teamwork.

Can you believe it’s been over half a century since Uno became one of the most popular games played with cards? This unique deck of cards has connected couples, friends, and families in every corner of the world, and now it’s your turn to have a go at it.

We’ve seen many versions of Uno over the years, but online Uno and Uno Dare are quickly becoming the younger generation’s favorite. The goal of Uno and Uno Dare is to get rid of all your cards and stop your opponents from doing so before you. What brings tons of laughter are the hilarious dares you can force upon your opponents from three categories – family, showoff, and daredevil.

Blackjack is another online game that two people can easily play with a 52-card deck. In blackjack rules, the dealer gives the opponent one card face-up and another face-down and repeats this for themselves. Both players peek at the value of the face-down card and add it to the value of their face-up card. Jacks, queens, and kings are all worth 10 points, aces can be worth either one or 11 points, and all other cards stay the same. Depending on how close you are to 21, you can decide to “hit” or “stay,” which entails getting another card added to your total or keeping the score you have. The winner is the player whose total gets closest to 21 without going over.

Like Cards Against Humanity, this isn’t your typical game. We’re Not Really Strangers (WNRS) is designed to help us know ourselves, and in this case, our partner, a little bit better through the power of communication. There are three carefully crafted levels of questions and wildcards; perception, connection, and reflection. You’ll get to ask each other questions like, “What was your first impression of me?”, “How are you, really?” and “Why do you think we met?”. The game has several expansion packs, including a dating pack and a quarantine edition.

The main objective of war is to collect all cards in a deck by playing the highest card in a series of faceoffs with your partner. You start by having 26 cards each, face-down. Each round is played by turning over the top card from their piles simultaneously. Whoever gets the highest card wins the round and collects both cards, which are then placed face-down at the bottom of the player’s pile. When cards of the same value are turned over, both of you enter into a war by taking three cards from your pile and uncovering the fourth one. Eventually, whoever has the highest card collects all ten cards from the war.

Game playing with cards can be tricky when you are hundreds of zip codes away. Luckily, the Internet has a solution for seemingly everything, and cards are no exception.

Websites like Deck of Cards allow you to sign up and share your game link with your long-distance relationship partner so they can jump in and join the fun! This way, you won’t have to sacrifice playing your cards because of the distance.

Dominion has been a board game royalty ever since its release in 2008! It’s one of the best long-distance relationship games, which due to its simplicity, well-balanced gameplay, and infinite replayability, scores an easy 10 out of 10!

Now, its online version seems especially addictive and can quickly turn into your favorite pastime! The basic online Dominion is free, but you can unlock all the extensions for a small monthly fee. You can choose to play against a computer or invite your partner to join in and get lost in the deck-building world together with you.

Sometimes, long-distance couples have trouble maintaining a strong, meaningful relationship because they can’t connect physically. Luckily, there are other ways to bridge the gap, and the Gottman Card Deck app is one that will help you improve your communication skills and feel closer to one another.

Based on the original Gottman Institute’s Card Deck, this app packs all their questions, statements, and love maps in a digital format that doesn’t require being at the same place to play. It’s perfect for long-distance relationship couples who want to meet each other on a deeper level.

The app is free and available for Android and iOS, and it only takes a few minutes to sign up. You can then invite your long-distance relationship partner to join, and the fun can begin. The partners take turns asking and answering questions and get points they can later use to unlock more questions, modifiers, and rewards. On top of it, Better Topics is just like any game with cards, and you can play it just for fun.

Couple Connect is a 155-question and conversation starter game with one goal – to neutralize the effects of time and distance and bring long-distance partners closer together.

The game covers topics such as love, relationships, spirituality, social life, and many others. Through Couple Connect, you will reinforce your connection, keep the spark burning and improve your trust.

If you want a sneak peek into your long-distance relationship partner’s world, Foundations is the perfect game for you. You can play it on a game night, during a trip, or even use it as a regular conversation starter.

What’s a better way to get to know each other than through having fun, even when you are hundreds of miles away from each other?

Are you looking for a fun game so you can spice up your long-distance relationship? If so, look no further! Strip poker is the perfect game for that! It is just like a regular poker game, except you play online, and the players pay their losses by removing clothing, piece by piece.

Before you start playing, decide on your own rules – do you choose what the loser takes off, or do they keep the freedom to do it themselves? You can also decide how far you will go: will you stop when you get to your underwear, or is the goal to see each other in your birthday suites?

Our tip is to put on approximately the same number of clothes to keep a fair game.

Connection and communication are some of the most important foundations of LDRs. Fortunately, there’s no shortage of options for pair entertainment and multiplayer games. As you can see from the article above, it’s pretty amazing how a pack of cards and a video chat can add so much despite the distance.

Try all of the above-mentioned games and pick out a few favorite games to play with your partner. No date night will ever be the same again!

If you are looking for more long distance date ideas with your partner, then check out this bucket list for long-distance relationship couples. 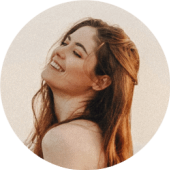 I'm Jesse, your long-distance relationship expert. I share tips and advice on my blog to help you navigate the ups and downs of long-distance love. Whether you're just starting out or have been apart for years, my blog is here to help you stay connected and happy despite the distance.

More Tips to Survive Your LDR We use cookies to ensure that we give you the best experience on our website. If you continue to use this site, we will assume that you are happy with it. If you do not want to accept the cookies, please modify the settings of your browser.OkRead More